Well here we are firmly planted in the heart of northern California, and having an amazing time!

Starting from the moment we left Connecticut we have been on a whirlwind tour of stopping to see pretty much every family member we have (see Chapter 6) including our two boys in Phoenix and Oceanside... who coincidentally were BOTH in the process of moving at precisely the exact moment we pulled into their respective driveways. Hey, let's wait until mom and dad get here before we try to move all this crap! 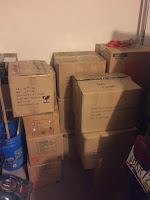 Actually, we wouldn't have had it any other way. Being able to schedule your house sits so that you can help your children in time of need is a major bonus to the whole program.

Brandon had recently been told that the house he had been renting was now being sold, and he only had until June 1st to get out. This is not an easy thing to deal with... especially for a guy who works and goes to school full time. Fortunately we were able to step in and help him pack up his entire house over the 2 weeks we were there. This is the very kind of thing he needed most and the very kind of thing we felt lucky to be able to provide.

And then there's Austin... crammed into an apartment in Oceanside with 4 of his buddies for the last two years. We didn't even know until a few days before we got there that they had all decided to rent a house a few blocks away instead, which is cool. Except that... well, let's just say these guys aren't exactly... uh... planners? Our first clue was when we pulled into the driveway and they were removing the topper from a small Toyota pickup so they could begin hauling the contents of their apartment to their new house, which included a 9 piece couch sectional, 2 TVs, 3 bedrooms worth of beds dressers and clothing, various surfboards, bicycles, kitchen supplies, food etc, etc, etc.

You get the picture... only 400 loads later and they would be done! Fortunately Super Parents were able to swoop in at the last moment, grab a $19.99 UHaul, organize the chaos, and get the job done over one very intense weekend. And again, it was totally our pleasure.

Our kids may have moved out of the nest, but our wings were still designed to protect them.

So, after an exhilarating couple of weeks with the boys it was time to head up the coast to our next scheduled gig in Orangevale, a suburb of Sacramento. HOWEVER, when you are professional wanderers such as we are, you don't just simply set your GPS for the destination and blast your way up the interstate... you. take. your. time. and play your way up the road, which is exactly what we did.

Here's the deal...When traveling up the Pacific coast from Oceanside to San Francisco, there are 2 very different ways you can approach it. One - you can race up Interstate 5 in a little over seven hours, or two - you can take six days and soak in the breathtakingly, stunningly, amazingly, ridiculously beautiful shoreline along "the 1," as it is affectionately called out here. 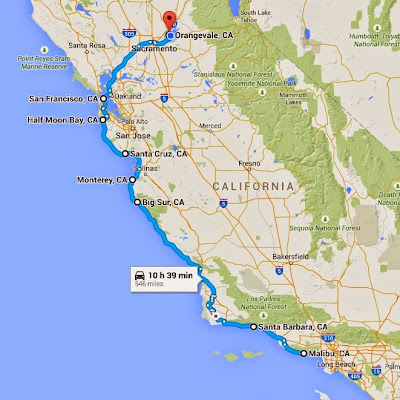 Driving Route 1 is like watching a National Geographic America's Most Beautiful Shoreline documentary from behind the windshield. This curvy two-lane road gives you non-stop huge white surf, gorgeous shoreline, breathtaking cliffs and both charming and utzy seaside towns. It truly is something not to be missed, and we are thrilled we got the chance to experience it. 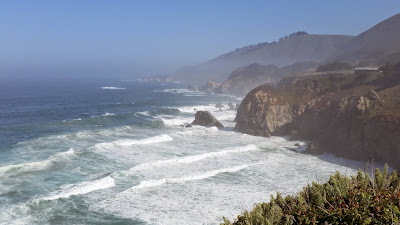 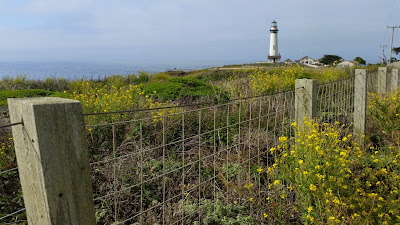 So how do you stretch a 10 hour drive into 6 nights? Easy... you grab a few state parks and camp! Here's where we stayed after leaving Austin's new abode:

Day 1 - at Charli's niece's house in Pasadena. Thank you Mary! 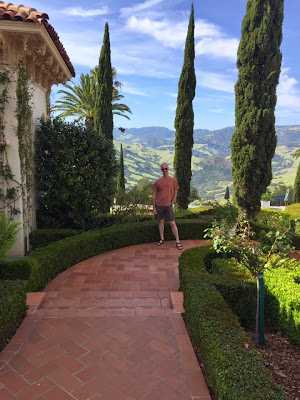 Days 4 and 5 - at a KOA near Santa Cruz. Thank you running water and electricity! 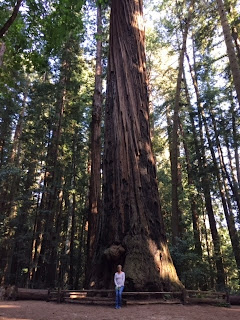 Day 6 - at an old friend's house in San Francisco. Thank you Mark and Susana! 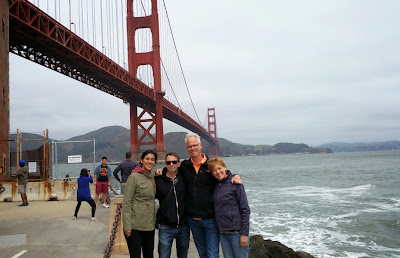 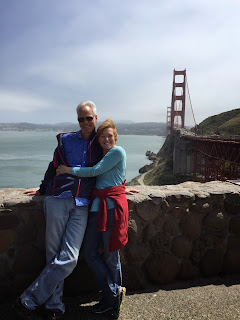 Next up... a few words about our stay here in Orangevale and onward to Colorado, where we camp our way through four, count them FOUR national parks along the way... Yosemite, Sequoia, Mohave National Preserve and the one and only Grand Canyon!

So yeah, for the sake of the owners of our next house sit?... I can only hope our Grand Canyon campsite has showers.

Posted by Jeff and Charli Lee