Selling everything we owned and hitting the road wasn't a decision Charli and I made overnight...  it came from a series of events we didn't even realize were leading us here.

A few years earlier we had talked about the milestone of becoming empty nesters and had come to conclusion that we would most likely sell our house and buy a much smaller place, you know, one that was cheaper to maintain, easier to keep clean and less taxy on our property.

Around the same time, Charli had stumbled on a blog about a family of seven who had been traveling their way across Europe by house sitting. "Hey honey" she beamed, "check this out! Isn't this fascinating?" assuming I would share her enthusiasm. "Uh... sure?" I replied cautiously, with only the worst possible kind of nightmare jumping into my head. You see as a project manager, all I could think of was how much of a hassle it must be for this poor couple... trying to figure out where you would live next and not knowing what the owners or their place would be like. It sounded stressful and like nothing I would ever be interested in. But nonetheless the concept had been discovered and Charli owned it now. 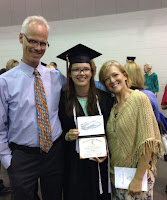 Fast forward another year and suddenly Rosie was starting her junior year of high school, and the conversation about selling and downsizing surfaced once again. One thing we had always agreed on for many years was that as soon as the kids had moved on we would definitely try a new location... one that didn't involve six months of below zero weather in the winter and six months of bird-sized mosquitoes in the spring and summer (note that the omission of fall is not an error). Now it was just a matter of deciding which state to aim at.

HOWEVER... little did I know, Charli had not forgotten about this whole "house sitting" thing whereas I, on the other hand, had ejected it from my brain about 30 seconds after she first mentioned it. And then out of nowhere I get this... "Hey hon, what do you think about house sitting?"

OMG... what do I think about house sitting? Apparently Charli had buried this little nut like a squirrel, and now had dug it up to serve me for dinner.

To be honest, I really didn't know much about it. With the exception of the lunatics couple who were dragging five kids around Europe I had never really heard of it before. But I've always been open minded so I put on my yes honey, this sounds fascinating face and smiled along as Charli fantasized about wandering from state to state and house to house, while we gallivanted across the county living in other people's houses for free. "Sounds great dear," I patronized. "Let's do it!" Of course I was convinced this was just a fad that she was going through that would eventually be replaced with the more normal decision to look for a nice little house with enough room in the back yard for a garden and a grill.

But then weird stuff started to happen. Stuff that began pulling us into a lifestyle that was beyond our control. 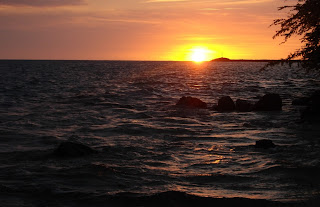 First, Rosie had taken a major interest in marine sciences and had found a summer program for upcoming high school seniors in Florida that she wanted to attend. Then, a few weeks later my old time blogging buddy Carla put out a request on Facebook for someone to house sit for them in Hawaii for a few weeks while they went back to Seattle to attend their daughter's college graduation. Within 5 seconds of that post I left a comment claiming "FIRST!" and suggested I wanted to be the one to do it. I was mostly kidding but kinda wasn't. Then when Carla replied, "Ok Jeff, you have first dibs on the house sit" I started to believe it might be possible. Of course I now had the perfect ammunition to throw at Charli... "Hey, remember that 'house sitting' thing you were so jazzed about last year? WELLLLL?"

Strangely enough she wasn't against it. So one thing led to another and the next thing I knew we were discussing actual dates. Unfortunately, I soon learned that Carla's house sit was the EXACT SAME TIME Rosie wanted to go to Florida! BOO. Oh well, it was a nice try but it wasn't going to happen this time.

For some reason I wasn't satisfied with just giving up so I decided to see if there was any other options for Rosie. Nope, no other dates in Florida. Nope, no other schools in Florida. Nope, no chance of telling her "Sorry honey, but dad is very selfish and wants to go to Hawaii instead. But hey, maybe next time!" And then something hit me. Wait, what about Hawaii itself? And sure enough when I looked - there it was... the University of Hawaii, Hilo had a summer semester offering of Introduction to Marine Science and Oceanography that started two days before we would be done with Carla's house sit. It was perfect! 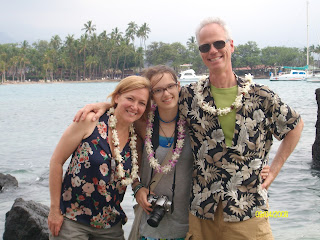 And perfect it was. We lived in a beautiful house, taking care of a very sweet cat, spending our free time hiking to waterfalls, snorkeling in aquamarine waters and living the Hawaiian vibe. It pretty much was a dream come true. One interesting side note is that because I am required to work 8-5 US central time hours, in Hawaii I worked from 3-noon, which of course meant that I got off work right smack in the middle of the day! And also, because Hawaii is so close to the equator the sun sets shortly after 6 pm, so by 8 pm we were exhausted and ready to hit the hammock. All in all an ideal situation for what we wanted to do.

To make a long story short (I know, too late), this post is how we got to where we are today. About the same time Rosie started her freshman year in Hawaii, Charli and I decided that we were going to give this whole house sitting thing a try for the long term. The following 3 months became a blur of garage sales, donations, trash pickups, open houses, open houses and more open houses, until finally... lift-off! Dec 13, 2014 - when we piled our meager remains into our hatchback and hit the road.

And THAT, my friends, is where this post begins, and our journey continues.
Posted by Jeff and Charli Lee No comments: