To say we love California is an understatement. We LOVE California! There, better.

Seriously, with the exception of the ridiculous traffic, we pretty much love everything about it. Ok, not the LA smog or the gas prices either. But other than that... we love the ocean, are huge fans of sunshine, the hiking is amazing and the scenery is to die for. Oh, and bonus... our son Austin lives there! So because we had an open calendar for 2019 we loaded up the spring with sweet California house sits. And what a spring it's been. Allow me to recap.

First up, Irvine, CA where we took care of these 2 sweethearts, Sullivan and Rambo.

Sullivan is a super fun dog who would literally play fetch with you all day if you'd let him. He loves to go for car rides and hikes and goes happy-bonkers when you take him to the beach. Rambo is a giant snuggle monster and a giant cat as well. Both were a joy to take care of.

Irvine is nicely located just below Anaheim and only a few miles inland from 3 awesome beaches - Huntington, Newport and Laguna. We spent nearly every evening on one of these 3 beaches sitting in our camping chairs and watching the sunset while we ate dinner. That's like our favorite thing to do. 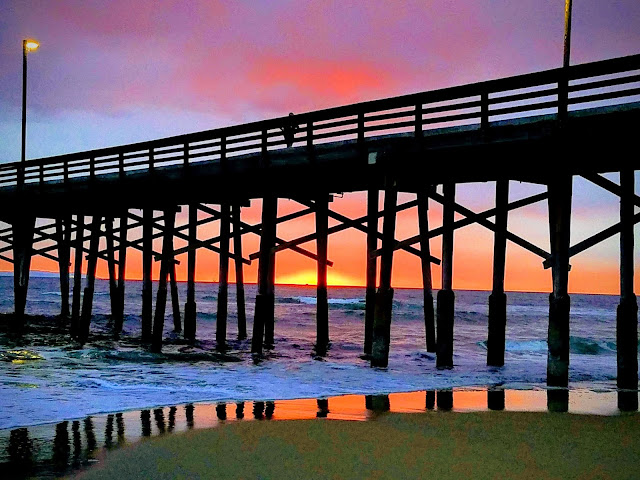 Huntington Beach is extra special because they've designated a full mile of it as an off-leash dog beach, which meant Sullivan was free to run around like a madman and play with the other hundreds of dogs you encounter along the way. It was pure delight for everyone.

Things we did in Irvine:

Hiked up to Black Star Canyon Falls. Here we had to work our way up a normally dry riverbed for a couple of miles, but CA had a rainy spring so the river was flowing free. Overall we probably had to cross about 10 times each way. I kept taking pictures of Charli on the slippery rocks in hopes I would get a hysterical shot of her falling in, but sadly she let me down. 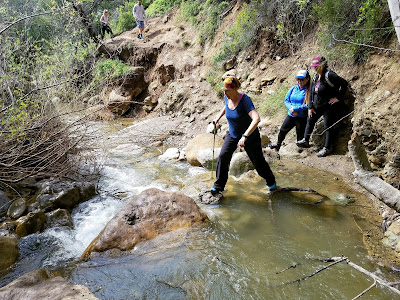 Eventually we clamored our way to the top and were greeted by this lovely site, which I understand is a rare event there. Meaning water... flowing and falling... in southern California.

Witnessed the super bloom. Speaking of rare events, another product of the rainy spring was the once-every-ten-years super bloom, and we happened to arrive right at its peak. This is when an area of nearby Lake Elsinore erupts into a sea of orange poppies surrounded by yellow, purple and white wildflowers. This event is so prolific in fact, it is visible from space. Did you hear that? SPACE! You shouldn't be able to see poppies in space, but lucky for us we didn't have to. We could seriously publish an entire coffee table book with the pictures we took but here's a few to show just how spectacular these flowers were. 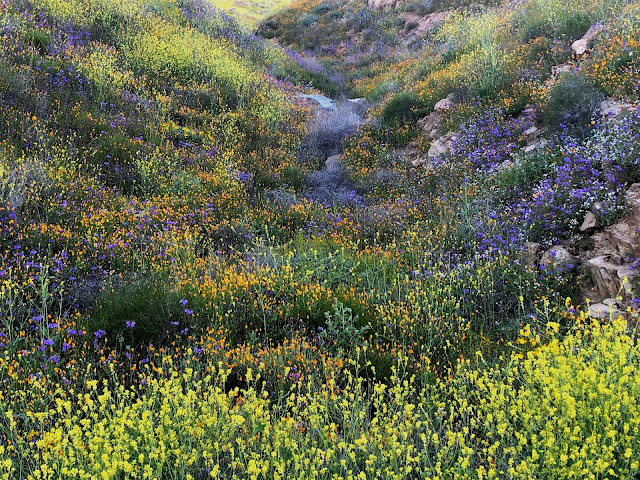 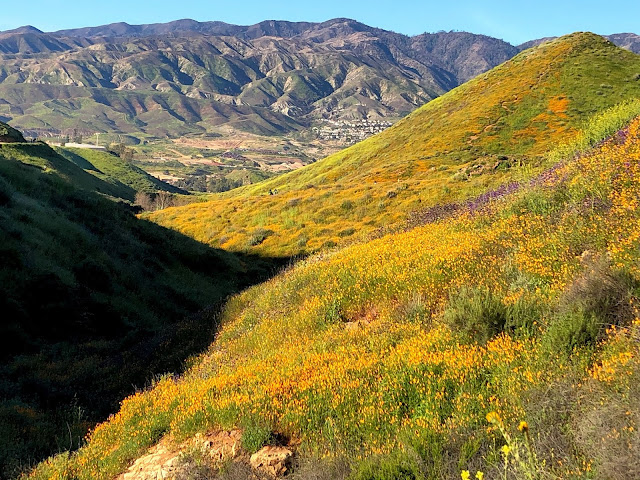 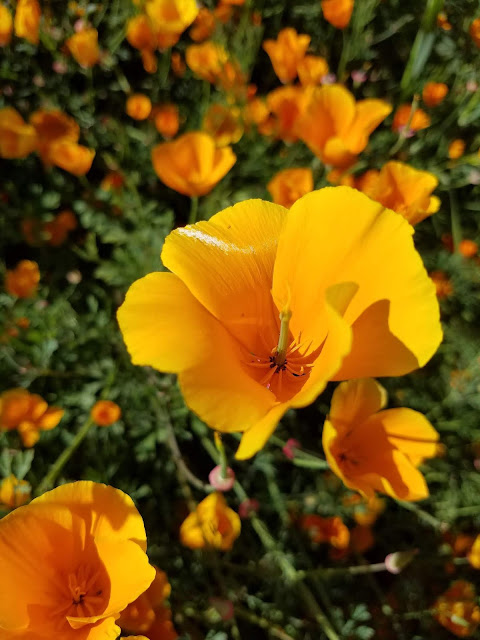 Next up was Encintas, CA, where we sat for these two adorable monsters.

They look so innocent don't they? I say that because when they play, they chase each other through the house like cartoon characters, smashing into the walls when they can't stop on the slippery hardwood floors. And when they wrestle they look like two wolves ready to tear each other apart, with the growling and the teeth. A few times we joked we could lose a leg if we got too close. But in the end it was just two siblings doing what brothers and sisters do... playing without hurting, because they truly do love each other. Seriously though, these big, lovable goofballs were super sweet.

Encinitas is a beach town with miles of waterfront to play in. AND, it's the home of Peace Pies, the uber-delicious restaurant Austin works at. So for us it was a yum-yum win-win! 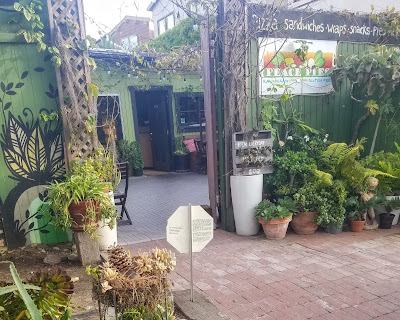 Here are some of the things we did in Encinitas:

Hiked through the Elfin Forest of Olivenhain. 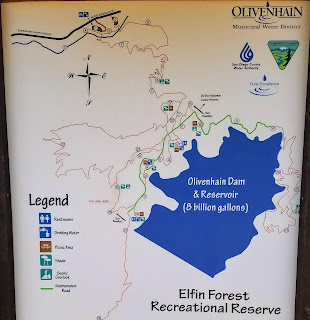 Twas a beautiful place but alas, Legolas was nowhere to be found. 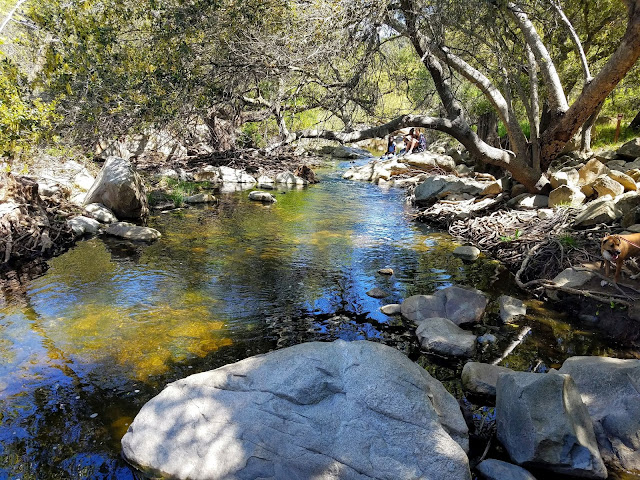 This is a natural rock outcrop in the shape of a dangerously delicious potato chip. It doesn't look too risky in these pictures but the tip of it hangs out over a drop-off taller than the trees. So if you fell off you'd pretty much be toast. A lot of people take the overused approach of simply walking out to the edge. Charli and I, on the other hand, chose the more traditional approach of crawling on our hands and knees, you know, like the first explorers probably did. 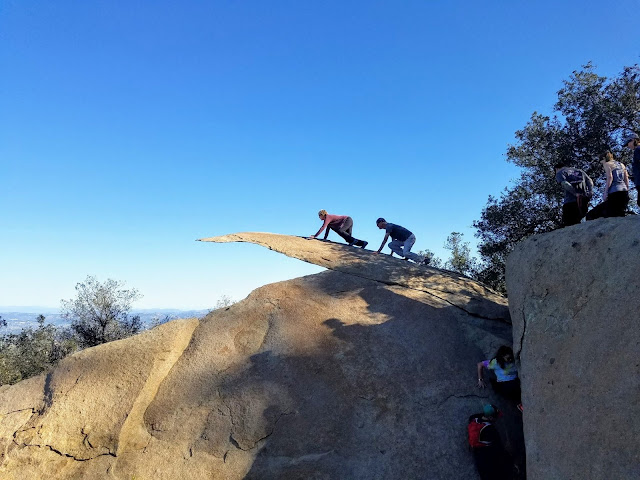 Then, instead of standing up, I chose the role of "protector" to keep my wife safe, because I'm a chicken good husband that way. 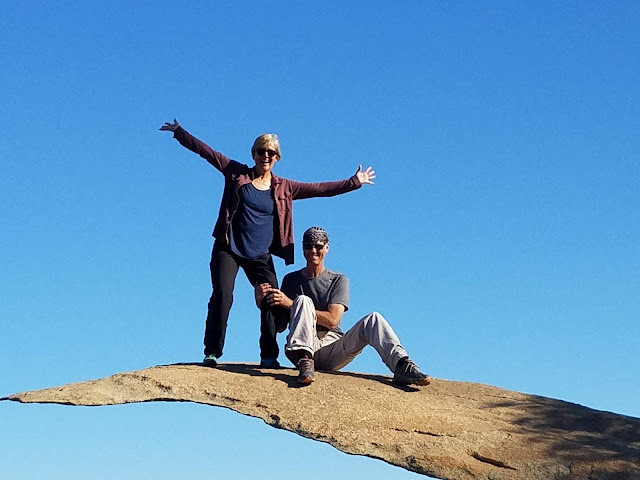 Yes, you heard that right. We might not have any grandchildren at this time but we have plenty of grand pets, including Austin's adorable family of 1 dog and 3 chickens. Here's Alvi, seen here standing on his hind legs because he wanted me to pick him up so he could go for a ride in the car. 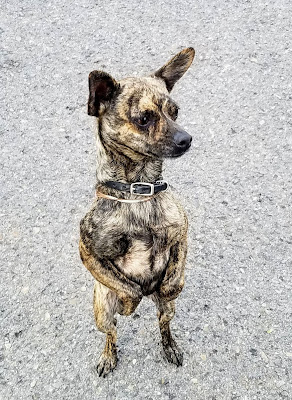 And here are 2 of his 3 chickens, Darkness and Ghost. I told Austin to name them Amelia Egghart and Attila the Hen but he said that would be silly.


Spent a day at Mission Beach in San Diego

Mission Beach is the ocean's side of the gigantic Mission Bay area of San Diego, which is the largest man-made aquatic park in the country. This is a great place to relax on the sand, walk the paved path along beach-side shops and homes, eat at any of the dozens of restaurants or even ride an old wooden roller coaster. It's a beautiful and bustling area with no shortage of things to do.

When we first arrived we were greeted with a flyover by the Pelican Squadron. 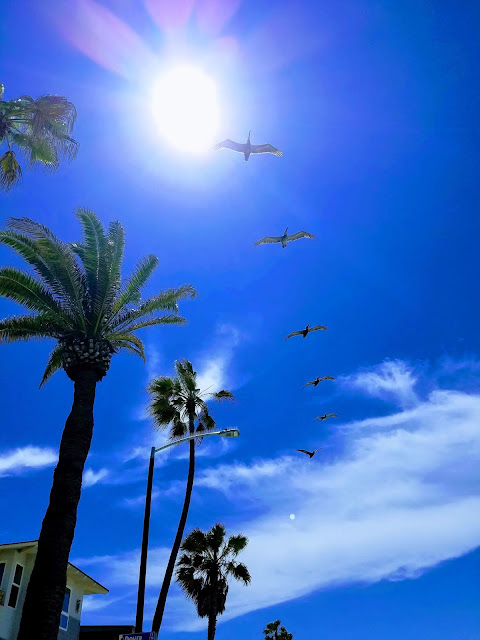 A view of the boardwalk


A view of the beach, amusement park and Mission Bay from above. No I didn't bring a drone and yes it is an internet image. 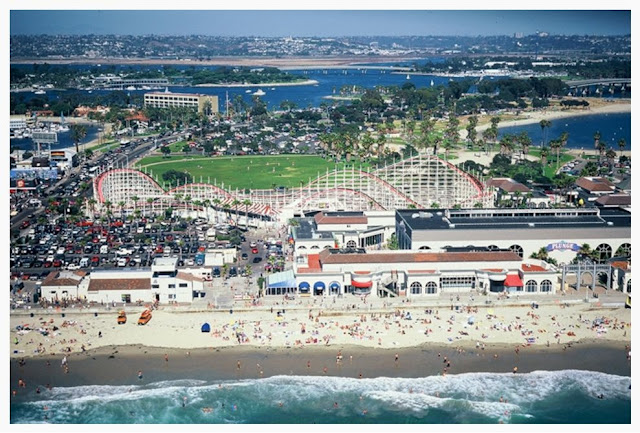 And finally, a view of the the Mission Bay side of the beach

As you can see, Charli and I have been enjoying our California springtime very much. And these are only the first 2 of the 4 towns we've lived in. So stay tuned for the thrilling conclusion of... "Springtime in California 2019 - Part 2."
Posted by Jeff and Charli Lee No comments: